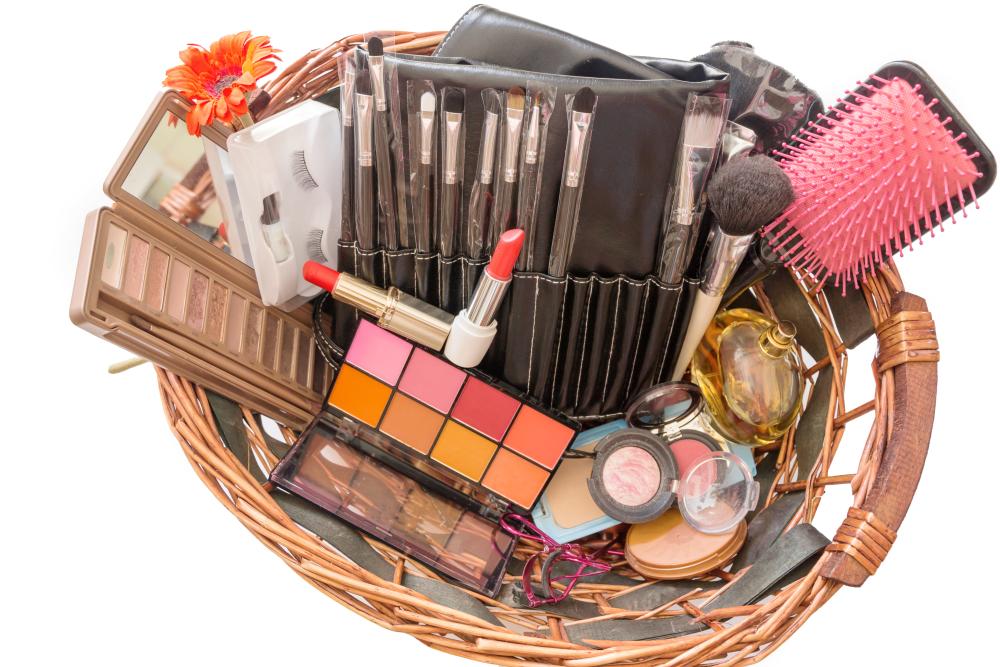 In New Albany’s growing industrial park for personal care and beauty products, there is the need for speed. Using a tightly managed logistics platform and constant communications up and down the supply chain, it’s reacting quickly to changing markets and consumer preferences.

The logistical advantages of the five-year-old International Personal Care and Beauty Campus have transformed the beauty park into part of an International Logistics Park, says William Ebbing, president of the New Albany Company, which manages and promotes development in the corridor.

As principal client, L Brands set high expectations for speed and built them into every aspect of design and operations. Smith’s Mill Road circumscribes the park’s two east-west rows of facilities. A road at the heart of the complex, Innovation Campus Way, provides loading dock access.

New Albany and the development company plan to extend Innovation Campus Way eastward as a through street toward a second phase with 180 acres of development. An additional 500 acres is southeast of the intersection of State Route 161 and Beech Road. A new interchange at 161 and Mink Road to the east, once complete later this year, will separate truck traffic from personal vehicles, easing last-mile congestion and providing another pathway to interstate highways.

High-speed New Albany roadway access has been legendary for Les Wexner and his associated companies for decades. But perhaps the biggest logistical advantage for beauty park companies is inside the park itself—an intra-park semi-trailer shuttle that handles virtually all traffic between the companies. ODW Logistics, long a partner with L Brands, manages deliveries of bottles, caps, labels and packaging materials.

To facilitate smooth movement of goods requires planning for peak needs—at Christmas and other seasonal crunches—months in advance, along with staffing, equipment and a complete understanding of volumes, activities and special promotional needs, he says.

The park’s customers post their transportation needs online, and the ODW-managed shuttle arrives and departs with full trailers, given the millions of units requiring transportation.

“The shuttle is always available,” including nights and weekends, notes Paul Judge of Axium. “If it ever gets backed up a little, this park slows down. It’s the most under-appreciated service. But it’s so critical, just like your IT department. You don’t realize it’s so critical unless it goes out on you.”

These intra-park shuttles have often replaced costly transcontinental and international shipments. L Brands uses the example of a foaming soap bottle with parts that traveled from Canada, Virginia and China to get to an L Brands distribution center in Columbus. In 2010, that product’s components racked up nearly 13,000 total miles and took three months to complete, a process that now takes less than a mile and only 19 days of production.

This speed to market not only saves money, it accelerates the product-development cycle and helps control inventories after new products ship. At the beauty park, the typical product requires 32 to 36 weeks for the fabrication of molds and metal tools and the preparation of filling lines and custom-designed packaging equipment, says Scott Rusch, CEO of Anomatic. “I’d hazard a guess that’s significantly less than other approaches,” he says. But the new goal is to go from idea to store shelves in 18 to 20 weeks, cutting development time nearly in half.

To Ian Kalinosky of KDC, shorter time frames and the demand for more speed mean that 2017 will challenge beauty park producers. “Some of our filling lines are dedicated to certain products, which is a manufacturer’s nirvana. But we will have to become masters of faster line changeovers and be a lot more flexible than in the past,” he says.

Optimism, collaboration and innovation reign at the park, even though some of the companies are competing against each other.

“Sometimes you can have competing goals, and so it means sharing information and some technology. It can be a little difficult at times for people to embrace it,” Rusch says. “We’ve really been successful about being transparent and sharing information willingly in order to make the speed model work.”

Can other manufacturers adopt this vertical logistics model? “The answer is yes, if you simply want the proximity advantage,” says David Abraham, CEO of Accel, a packager of products and gifts for a variety of retail and service firms. “But I would question whether you could duplicate this degree of collaboration. These are suppliers who truly like each other.”

“We not only have a close relationship to L Brands, but also with each other,” agrees Jason Davis, CEO of Aromair. “There are natural synergies, not only in speed and a shorter route to market, but also in a different level of communications. There are nine products in our Wallflower line (of plug-in room fresheners), and a large proportion are supplied from this park. It’s very easy to have discussions with individuals who are only 50 feet from your doorstep.”

What’s ahead? The city and the New Albany Company believe the beauty park’s ongoing diversification and expansion will continue. “We know manufacturing is changing dramatically in terms of technology and information,” Ebbing says, noting the corridor’s highly developed power supply and 96-strand fiber optic cable. “The need to connect is critical,” sharing information from computers with robots online and serving international logistics and product development systems.

For Abraham at Accel, that kind of demand for automation means more jobs and growth. Reduction in logistics costs, re-useable containers, tightly coordinated parts designs and a core of experienced packaging engineers are bringing some clients back from offshore manufacturing.

To the city of New Albany, the speed and agility of manufacturing matches the demand for speed in the early development of the park in 2009. Infrastructure and permits that normally take two years were done in nine months, says Community Development Director Jennifer Chrysler.

“It’s surprising that it hasn’t slowed down since 2009. Typically you have a peak and roll-off,” Chrysler says. But with new data centers, operation centers, medical centers and manufacturing, New Albany continues to average 1.5 million square feet of newly developed commercial and industrial space a year.

For Axium and others, it’s an exciting time of internal growth in revenue, jobs and operations. “We knew there would be high volumes here, and to plastic manufacturers that is exciting,” Judge says. “This is one of the things we like about New Albany. It’s a little sexy to be here, and in other places it’s not that sexy to be in plastics.”

Mike Mahoney is a freelance writer.