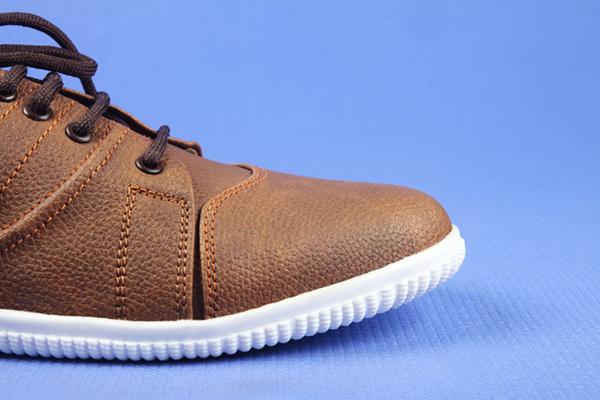 If James Dean were still alive, he might be surprised to see that one of his film's biggest impacts has been on the footwear supply chain.

After the famed actor wore sneakers in "Rebel Without a Cause", America's youth became enthralled with the idea that their rubber-soled gym shoes were fashion statements. But even a trendsetter like Dean couldn't anticipate what his classic canvas footwear would become.

Until the mid-20th century, sneakers were worn primarily as athletic footwear. But while still important on the track and court, function has given way to fashion as sneakers have become all-occasion footwear.

Since the first sneaker was created in 1892, technological innovations have included air and gel cushioning, power lacing with motors and gears, and Bluetooth connectivity that provides foot feedback to a smartphone app.

Serge Abecassis, CEO of Prodigy Brands in Florida, knows this as well as anyone. His company manufactures seven high-end men's footwear brands, including Zanzara and English Laundry, each with a sneaker line.

"The sneaker trend we're seeing now began 10 to 15 years ago in Europe, where people wear sneakers even with suits," Abecassis says. He noticed and acted on this trend early.

Abecassis follows these types of fashion trends and timing, introducing new designs to buyers at stores such as Nordstrom one year before the styles become available at the retail level.

In addition to being fashion-forward, other consumer trends prevail in the category: buzz-building strategies such as limited-edition styles, joint ventures (think Yeezy from Kanye West and Adidas), and individual personalization. For example, Nike By You lets consumers customize the look of specific sneaker styles in a number of ways, with delivery in three to five weeks.

While it gives the consumer a sense of control, this type of personalization still relies on many of the same broader supply chain processes. The shoes are still made overseas by the same factories that produce the entire product line, personalized or not, says Jim Barnes, CEO at enVista, a supply chain information technology and software firm. But the consumer-designed sneakers are air-freighted to the United States rather than traveling by slower container ships.

Manufacturing in low-cost countries such as China and transporting inventory to the United States by cargo ship adds to what Barnes says is a core problem of the sneaker supply chain: long lead times.

"High-end fashion retailers are doing a lot of air freight, but there's not enough gross margin in the average cost of sneakers to do that," he says. "The transit time for a slow boat coming from Hong Kong to Long Beach is 14 to 17 days on the water, with that inventory tied up in transit first on the steamship line and then going cross-country on rail."

In addition, concerns about a tariff on all Chinese imports have manufacturers of lower-priced brands looking at moving production to other countries such as Vietnam and India.

The proliferation of SKUs presents fulfillment challenges for any brand.

"Inventory is one of the biggest costs in the sneaker supply chain," says Todd Alloway, vice president of sales at 3PL provider ODW Logistics. "As companies add SKUs, they require more space and additional pick fronts to ensure enough open slots for the product."

ODW uses data to provide feedback to clients about slow-moving products so they can be addressed effectively. That might involve discounting the shoes or moving them to an off-price retailer.

Prodigy Brands' biggest supply chain challenge revolves around how sneakers are made. Unlike dress shoes, sneakers use a molded outsole—the bottom part of the shoe that comes in direct contact with the ground. These molds are expensive to create.

"The cost of creating new molds to change styles limits the amount of differentiation you can add to the sneaker," Abecassis notes.

Before committing to the expense of new molds, Prodigy creates just one mold for new styles in a size 9 only, and presents those samples to store buyers to generate orders. Not enough interest? Unless it's a concept that Abecassis really believes in, the shoe doesn't go to market—and the company is spared the expense of creating molds for all sizes.

Returns are also a big piece of sneaker e-commerce. Because consumers often order more than one size when they're not sure about fit, the return rate can be 20—35%, notes Scott Hothem, senior vice president of customer solutions at Barrett Distribution Centers.

Getting returns refurbished or in new packaging and back into inventory quickly so they can be purchased again is essential, especially with sneakers in trendy styles and popular sizes.

"If you ship sneakers and reverse logistics are a challenge for you, you're in the wrong business or with the wrong third-party logistics partner," says Weinstein. "It needs to be part of your DNA."

Technology is as important to the sneaker supply chain as it is to any other category. Manufacturers and retailers need to know where the product is in every stage of design, production, and shipping. Brands need to forecast demand accurately; distribution centers need to be optimized for fulfillment.

Still, there's something to be said for good old gut instinct.

Knowing that dressier men's sneakers would be a popular category, Abecassis introduced them to retailers when he started the company seven years ago. He encountered resistance, but, "I kept bringing them back to buyers every season," he says. "Now sneakers make up half of my business."